Peter A Khamvongsa, FACOG, FACS, IF Our Services Fibroids 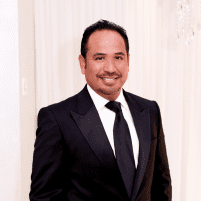 Peter A Khamvongsa, FACOG, FACS, IF

Most women experience uterine fibroids at some point in their life. For those in the greater Miami, Florida, area, the care of Peter Khamvongsa, MD, FACOG, FACS, IF, at The Miami Institute of Urogynecology and Minimally Invasive Surgery can make a world of difference. Dr. Khamvongsa has the skill and expertise needed to create a customized treatment plan for uterine fibroids, as well as the full scope of gynecologic needs. Scheduling an appointment takes just moments online or over the phone, so don’t delay.

What are uterine fibroids?

Uterine fibroids are noncancerous tissue growths that develop in your uterus. They are also sometimes called myomas or leiomyomas.

These growths can range in size from so small the human eye cannot detect them to so large they visibly extend the abdomen. You can have one fibroid or many. Some fibroids develop and then shrink on their own without symptoms. Many women have no idea they have fibroids until a pelvic exam or pelvic ultrasound reveals the tissue abnormalities.

Researchers are not sure of the exact cause of uterine fibroids. It appears that a combination of genetics and hormonal factors may play a causal role. If you have a close family member who experienced uterine fibroids, your risk level rises.

African-American women have higher rates of uterine fibroids, as do women of all ethnicities who are 30 years of age or older. Being overweight also increases your risk, as does pregnancy.

How do I know if I have uterine fibroids?

Most fibroids are asymptomatic, so you may have no idea they are present. When symptoms are present, they might include a combination of the following:

These symptoms can also indicate a range of serious gynecologic conditions. Listen to the messages your body is sending, and schedule an appointment with Dr. Khamvongsa if you experience these changes.

What are the available uterine fibroids treatments?

Not all fibroids require treatment. If Dr. Khamvongsa detects fibroids on a pelvic ultrasound or during your well-woman exam, you might need to keep an eye out for any changes in your menstrual cycle or other symptoms.

There are medications that can treat fibroids. Some block estrogen production, creating a temporary state similar to menopause. Others introduce progestin to your system, which can help control abnormal bleeding.

Minimally invasive surgery is an option for large fibroids or if your fibroids are causing severe symptoms. One approach introduces tiny particles that block the blood supply to the fibroids, causing them to shrink. Radiofrequency ablation can heat the abnormal tissue to shrink it.

Laparoscopic or robotic surgical techniques can remove fibroids entirely. Some techniques require a few small incisions in your abdomen, while Dr. Khamvongsa can perform others through your vagina with no external incisions.

Explore these and other fibroid treatment options during your visit with Dr. Khamvongsa at The Miami Institute of Urogynecology and Minimally Invasive Surgery. Book over the phone or through the simple online scheduling system.